Power Over Ethernet for your Raspberry Pi

£21.40 including VAT in stock
Add to basket
Add All To Basket
See Less Products Show All Products

Power Over Ethernet (POE) is a way to power the Pi 4 using its ethernet port, making it easier to supply power and network connectivity through a single cable. This is useful when the Pi4 needs to be installed in positions away from power sockets and wifi such as for CCTV installations where a camera module needing power and fast networking is used.

This project uses the POE + Hat which is a low-profile add-on board that attaches to the GPIO header connector on the Pi4. It includes an integrated cooling fan.

POE uses standard Cat5 ethernet cables, but you do need a POE network or you can use a POE injector module. This adds power to an existing standard network connection which is the approach taken by this project. In this way, POE can be used on any office or home network. 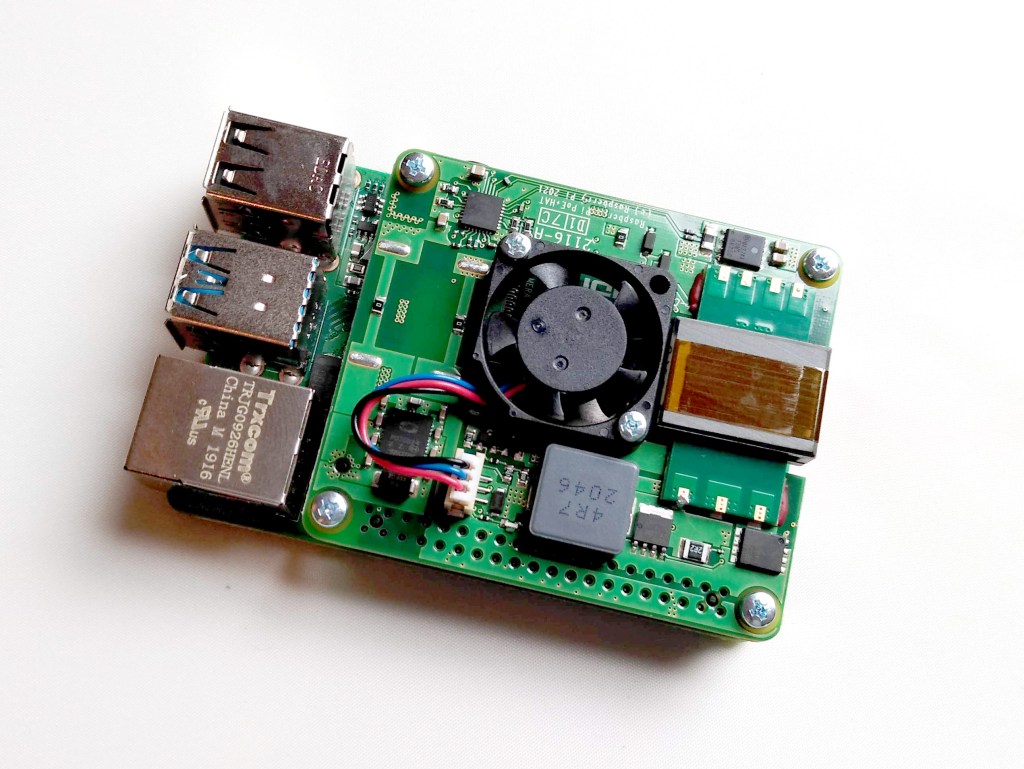 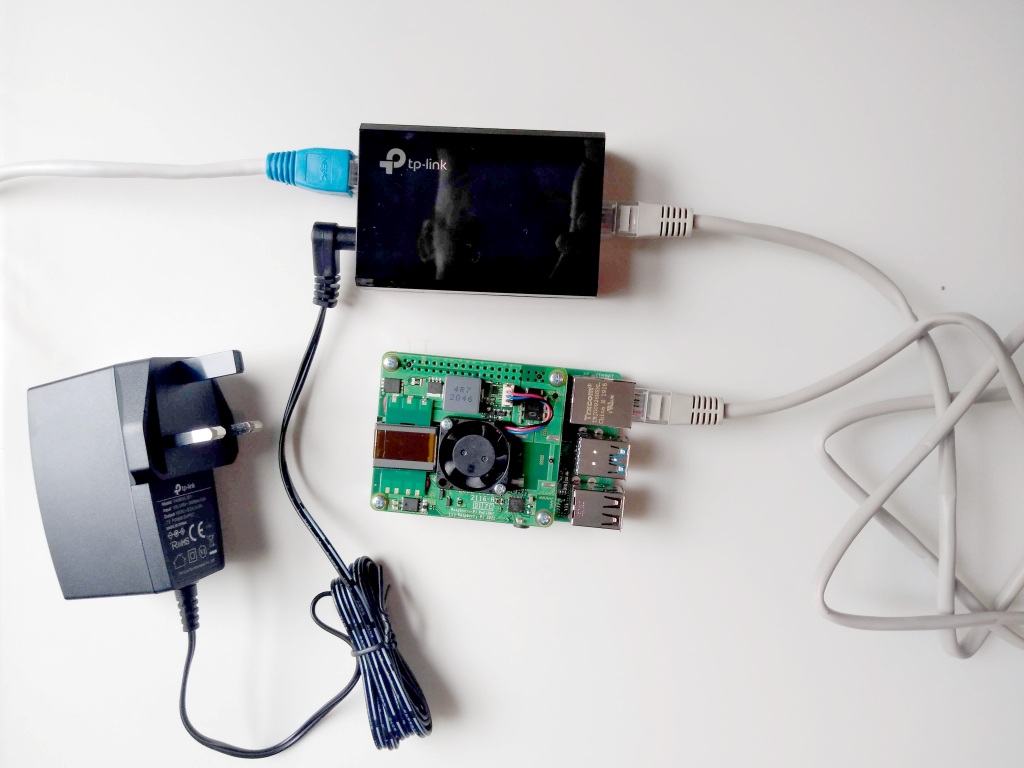 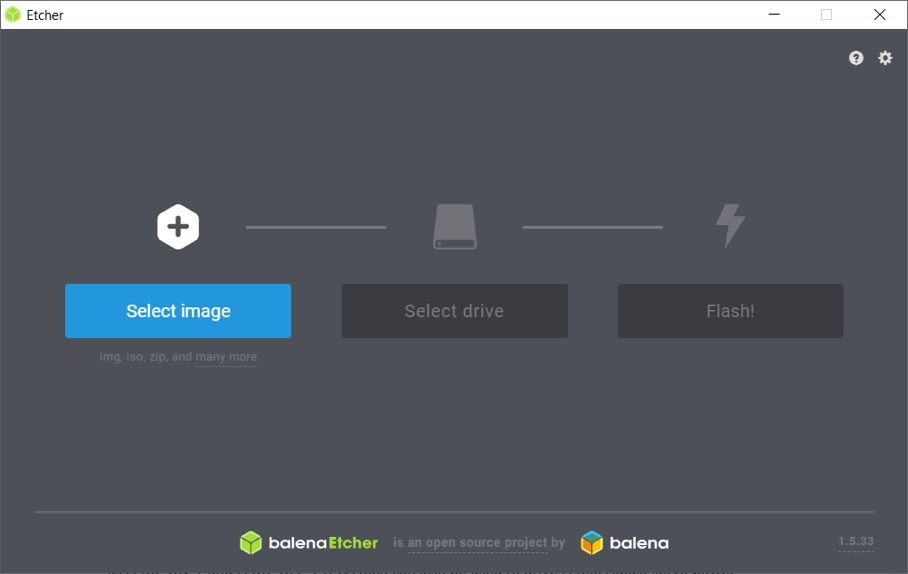 While creating an empty file is easy to do on a Windows machine, on MacOS you’ll need to use Terminal:

Ssh is a special file that the Pi will find when it boots. It will allow remote login from an SSH client running on another PC. 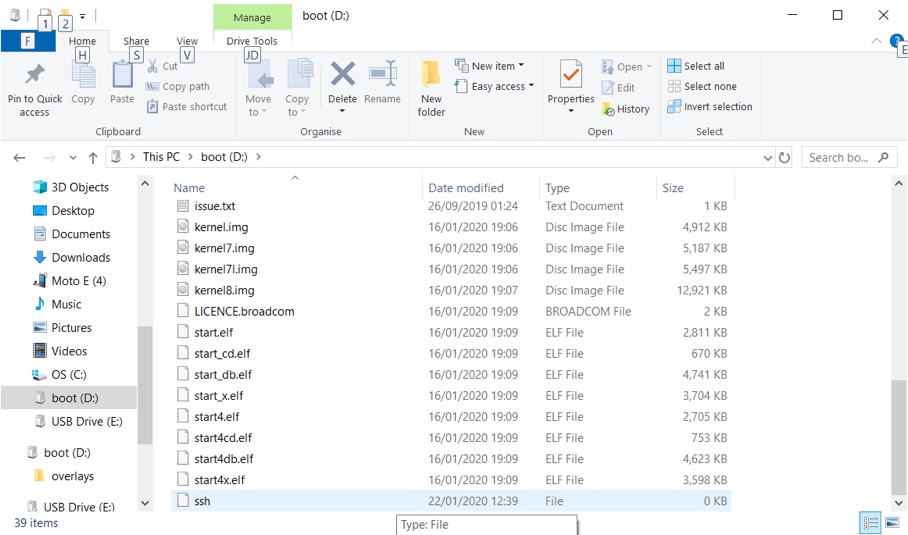 Windows 10 and Mac OS both have SSH clients built-in. These can be used to access the Pi4 securely via SSH from another computer on the same network.

After allowing the SSH fingerprint to be added, you should now be logged into your Pi via SSH. 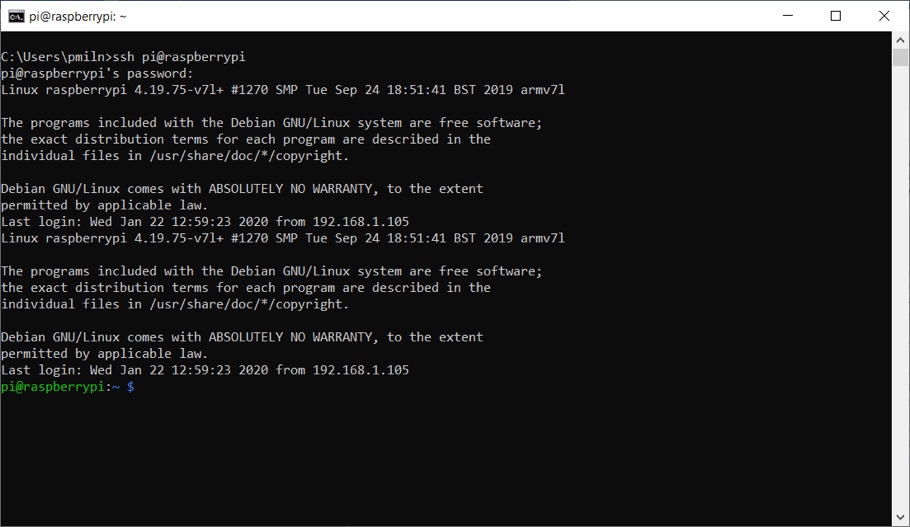 You can configure the Pi to change the password, network hostname and update to the latest version of the software by using “raspi-config”. 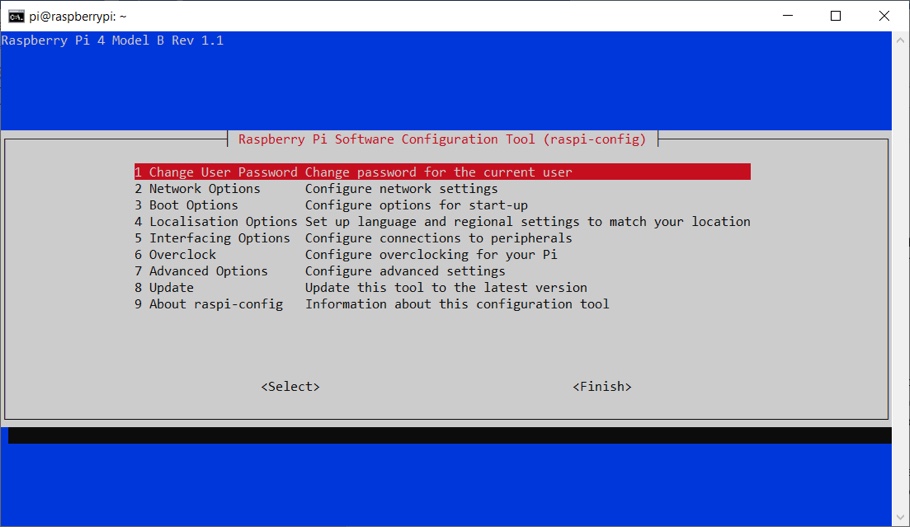 Raspbian Lite comes with hundreds of useful packages already installed. If you need any extra ones, add them with the “apt” command:

Before removing power it’s important to safely shutdown the operating system. Do this by running the “poweroff” command. This will protect your SD card from corruption:

The green and yellow LED’s on the ethernet connection will remain on even when the OS has been shut down safely.