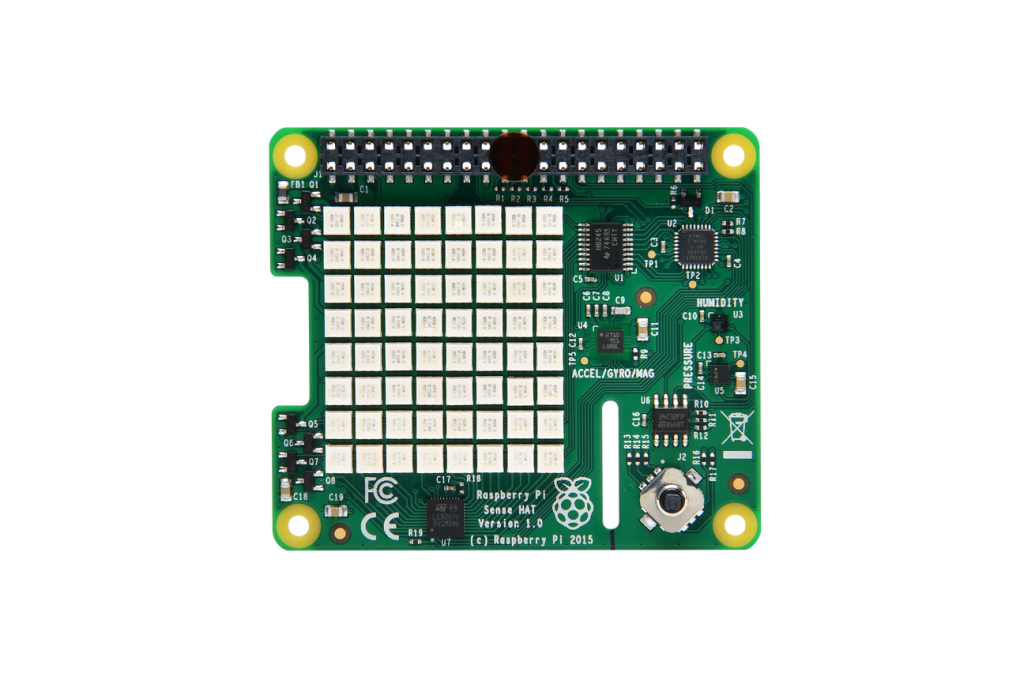 In this blog you’ll discover:

If you love nothing more than tinkering away at project after project, it’s likely that along your travels you’ll have come across HATs and pHATs. If you haven’t and you’re wondering what is a pHAT and a HAT and where can they be used, our complete guide will tell you everything you need to know.

Depending on the project at hand or the application, you’ll need one or the other, so understanding what each of them do is crucial.

What is a HAT?

So, what does HAT stand for in Raspberry Pi terms?

Simply put, HAT stands for ‘hardware attached on top’ and is specially designed for the Raspberry Pi Model B+ computers. There are a number of advantages that come with HATs and using them in your project, especially as they’re pretty much plug and play!

With the Raspberry Pi HATs, you’re able to simply plug it into your Pi computer and not have to worry about soldering it on. This is particularly ideal if you’re new to building projects and don’t have a soldering station at home.

Although they might be small, HATs are also pretty robust in their design. With four mounting holes for the connection between your Raspberry Pi and HAT, it’s going to be pretty secure.

What is a pHAT?

Essentially, a pHAT is exactly the same as a HAT but is only compatible with the Raspberry Pi Zero. All you need to do is stack them on top of your Raspberry Pi and away you go! With so many different pHATs available in the collection at OKdo, building your project or application is easier than you’d think. 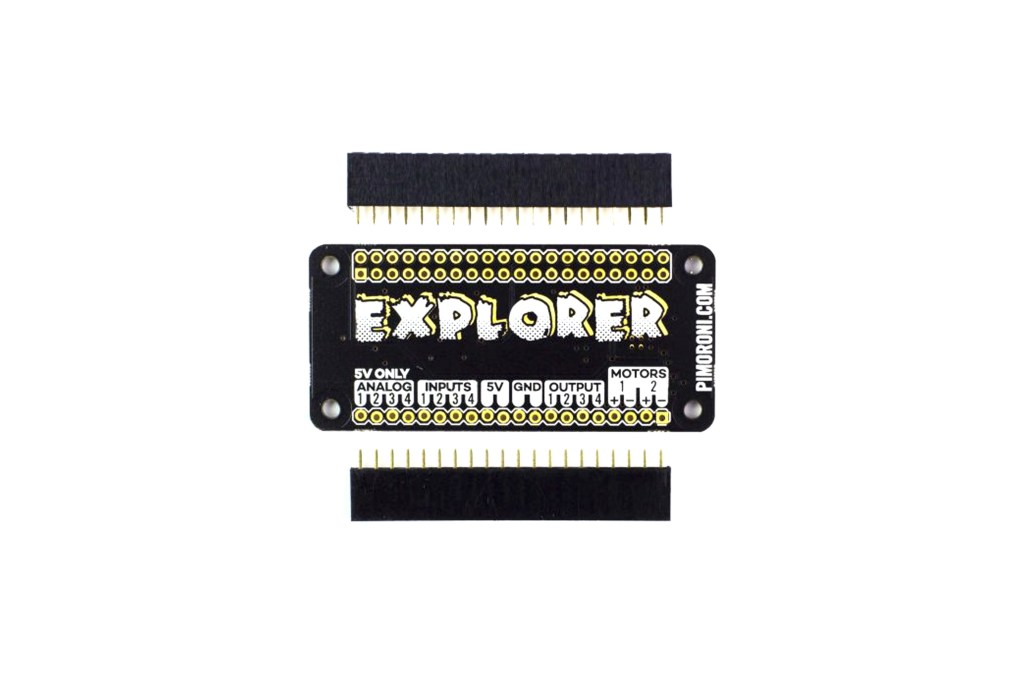 Explorer PHAT Prototype Board For Pi

Thanks to the Raspberry Pi’s general purpose input outputs (GPIOs), it can talk effortlessly with other electronic devices and hardware (such as HATs and pHATs) through programmed code.

What can you create with HATs and pHATs?

Once you’ve found the Pi HAT or pHAT that’s suited to the needs of your project, then the fun can begin. Each individual HAT or pHAT is designed for a specific purpose, from measuring pressure with sensors to receiving power over ethernet. All you need to do is work out which one you need for your application.

Sense HAT – want to measure pressure, velocity, humidity, temperature, orientation and more? Then a sense HAT is exactly what you’re looking for. Whether you’re wanting to build a home device that can tell you the temperature of a room or something a little more experimental, adding a sense HAT to your Pi opens up a world of possibilities.

TV HAT – does what it says on the tin. Your TV HAT has the capabilities of expanding your Pi board to receive digital terrestrial TV. Easy to slot into your overall design without needing loads of space, this nifty little HAT will help to take your TV or media project to the next level.

Automation HAT – everyone dreams of transforming their home into a smart home, but not everyone wants to invest in Alexa or Google Home. If you’re interested in building your own home automation system, this HAT is perfect. Monitor and control the world around you with this innovative Pi add-on. Introduce smart sprinklers to your garden, be reminded when to feed your fish or control your lights with the Automation HAT. 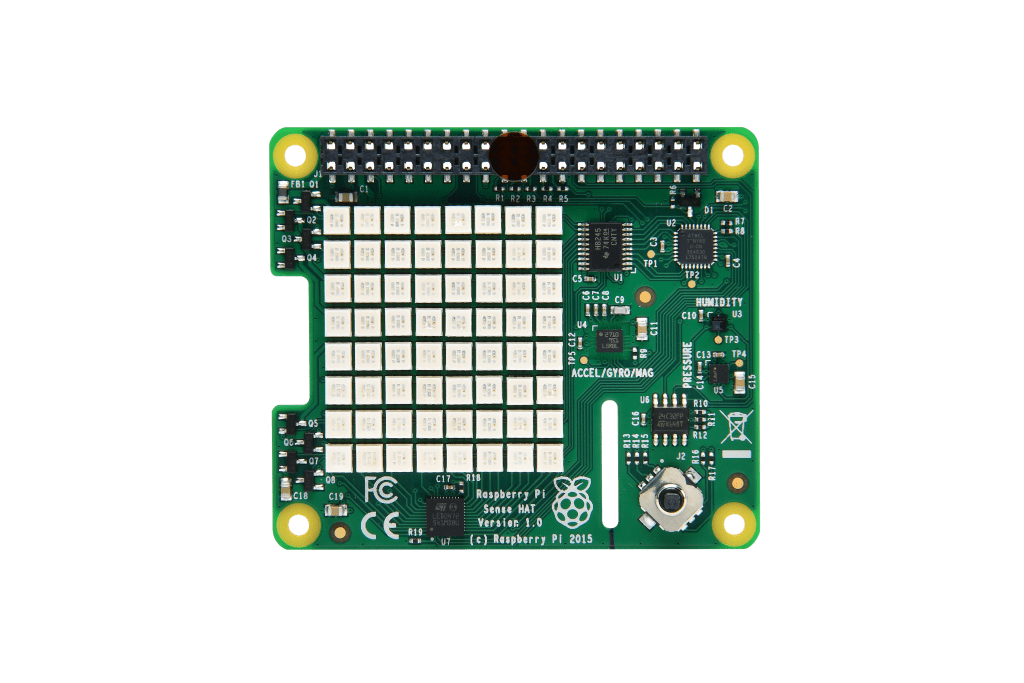 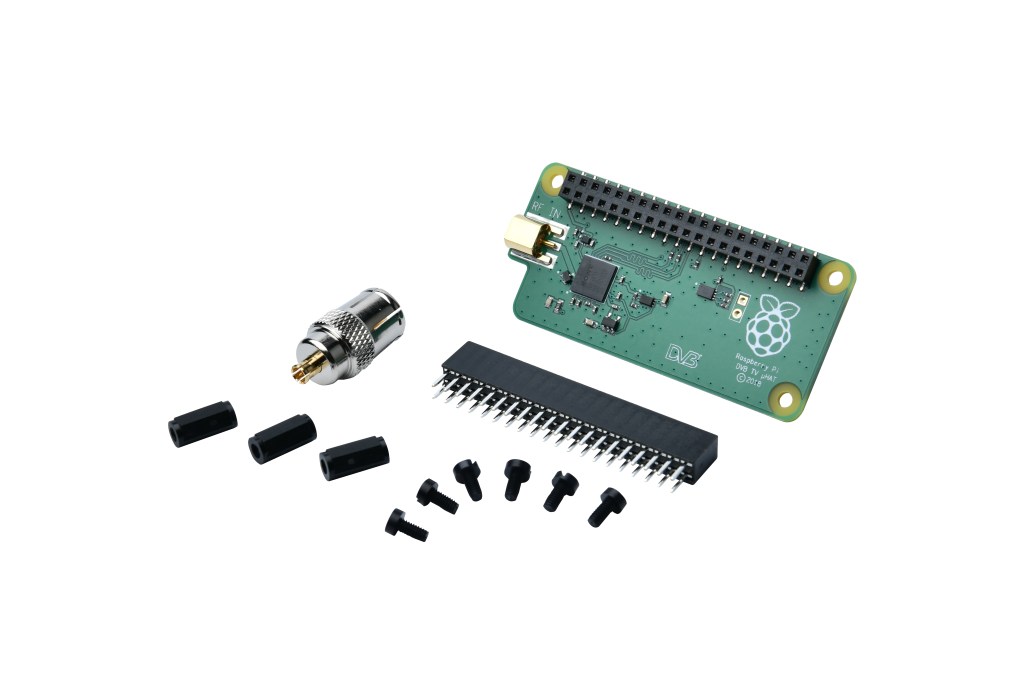 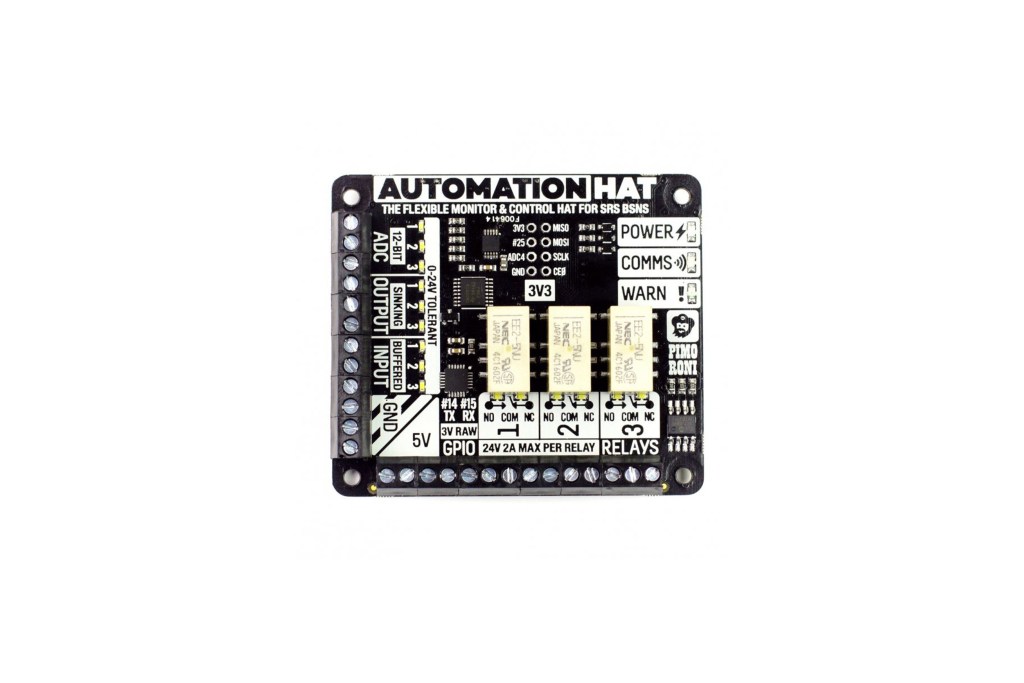 What to look for when buying HATs and pHATs?

Once you’ve decided what your next project is, it’s time to look at the HATs and pHATs you might need. When you’re ready to make your purchase, ask yourself these questions:

What is the HAT or pHAT for?

If it’s for something in particular, will it do what you need it to? For instance, if you’re introducing your child to the world of coding and HATs, does it come with enough features to grow with them as they do?

Does the HAT or pHAT work for your Raspberry Pi?

Remember, HATs only work with the Raspberry Pi B+ features and pHATS with the Pi Zero. Make sure it’s compatible with the model you’re working with.

How can the HAT or pHAT be programmed?

Is it user friendly? Can you programme it into another language, maybe the one you prefer? Are there guides, videos and tutorials out there to get you to where you want to be?

Does the HAT or pHAT use all your pins?

Most Pi HATs cover all 40 of your general purpose input outputs, although many of them allow pass-through, meaning you can still use those pins to stack your HATs on top of each other.

Ready to get started with a project using a HAT? Here are some of our most popular HATs and pHATs: 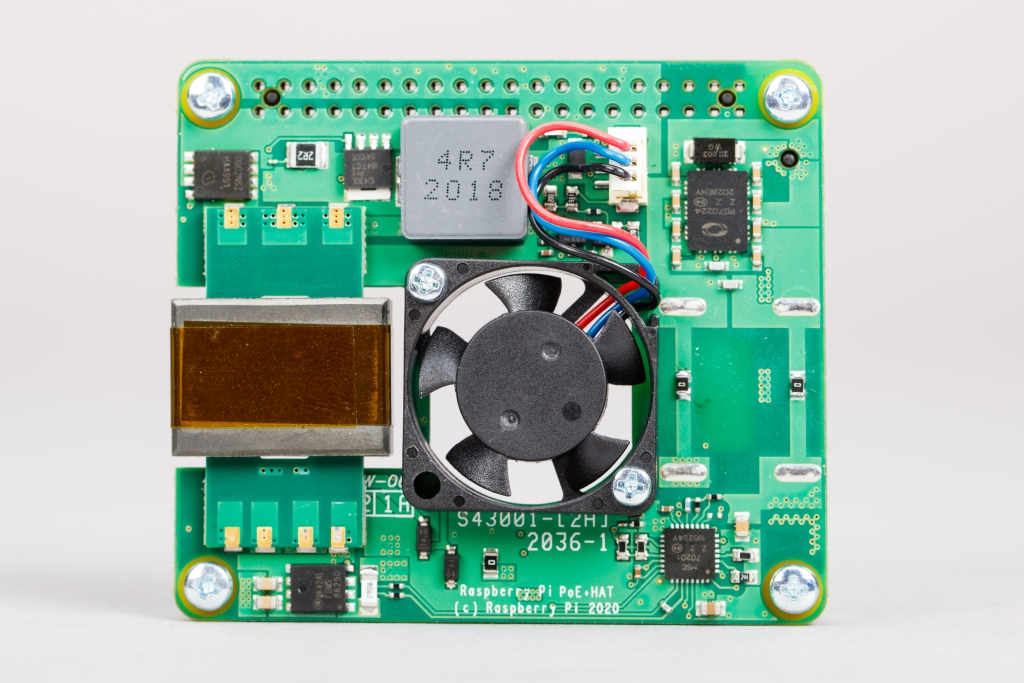 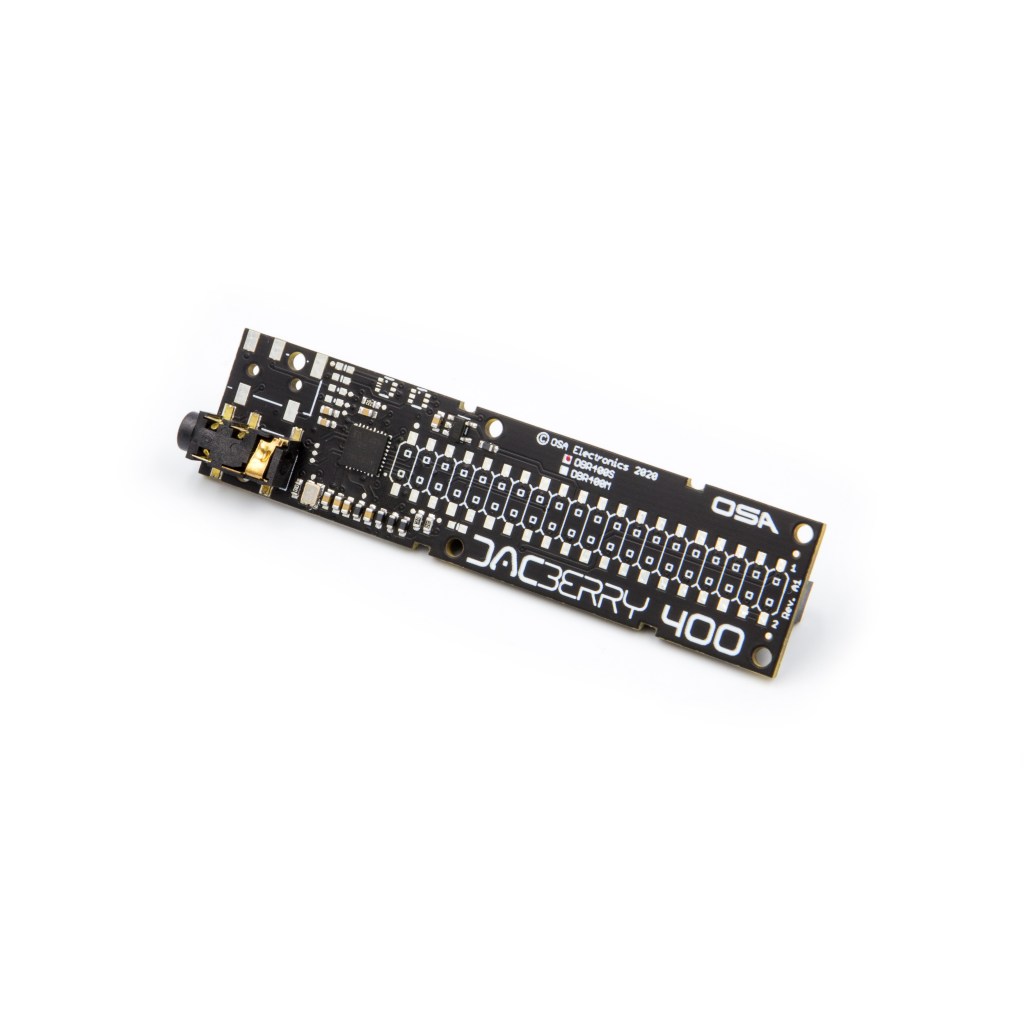 The DACBerry 400 S is the first add-on board available for the Raspberry Pi 400 that allows you to add high-quality audio output to your device, as well as other SBCs via the GPIO header. The sound quality is fantastic, no cables or soldering required. Just plug it in and enjoy the music. 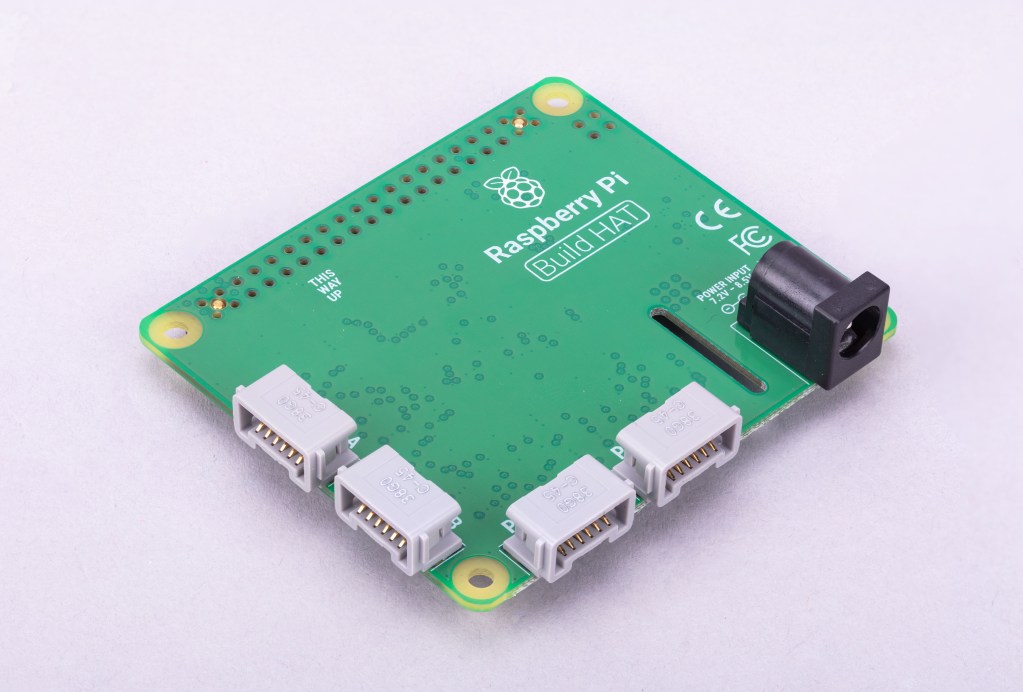 At OKdo, we have a wide range of HATs and pHATs available, from battery boards and touchscreen modules to ethernet add-ons and automation controls. For even more projects or to explore our free resources, head to our Projects Hub.

Coding for Kids: How to Teach a Child Coding

The E-waste Crisis in the UK and How to Recycle: An Infographic