£9.73 including VAT in stock
Add to basket

£3.74 including VAT in stock
Add to basket

£3.74 including VAT in stock
Add to basket
Add All To Basket
See Less Products Show All Products

Many robotics and automation projects require controlling one or more DC motors using the Pi4. This project demonstrates how to easily and safely control DC motors using an L293D Motor Driver IC circuit that can control either one or two DC motors between 4.5V and 36V at continuous currents of up to 600mA per motor.

The DC motor used in this project operates between 6V and 15V DC. Typically, the motor sinks about 130mA at 12V which is well within the limits of the L293D driver.

Slide heat shrink tubing over two lengths of hook-up wire, then solder to the motor terminals and shrink over the connection. Connect the wires to a screw terminal block. Then attach black and red male to male jumper wires from the terminal block. 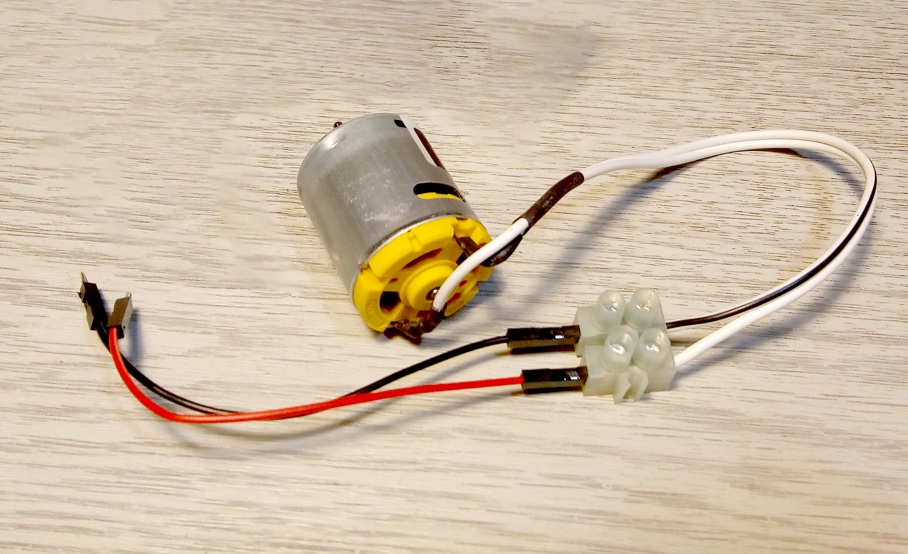 The power to test the motor will come from a 9V battery although any DC power supply up to a maximum of 15V is suitable. 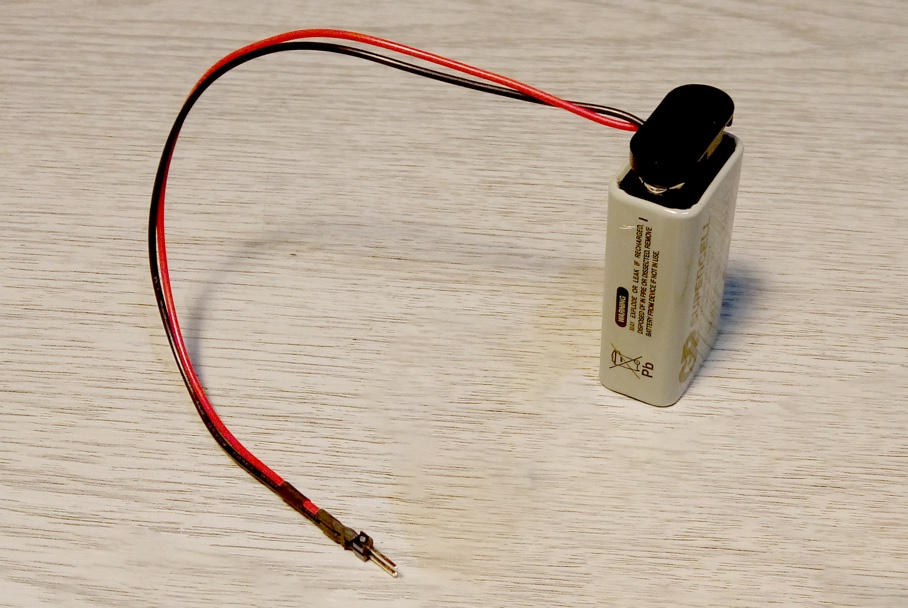 Make sure that the Pi is powered off and the battery is disconnected before building or changing the circuit. 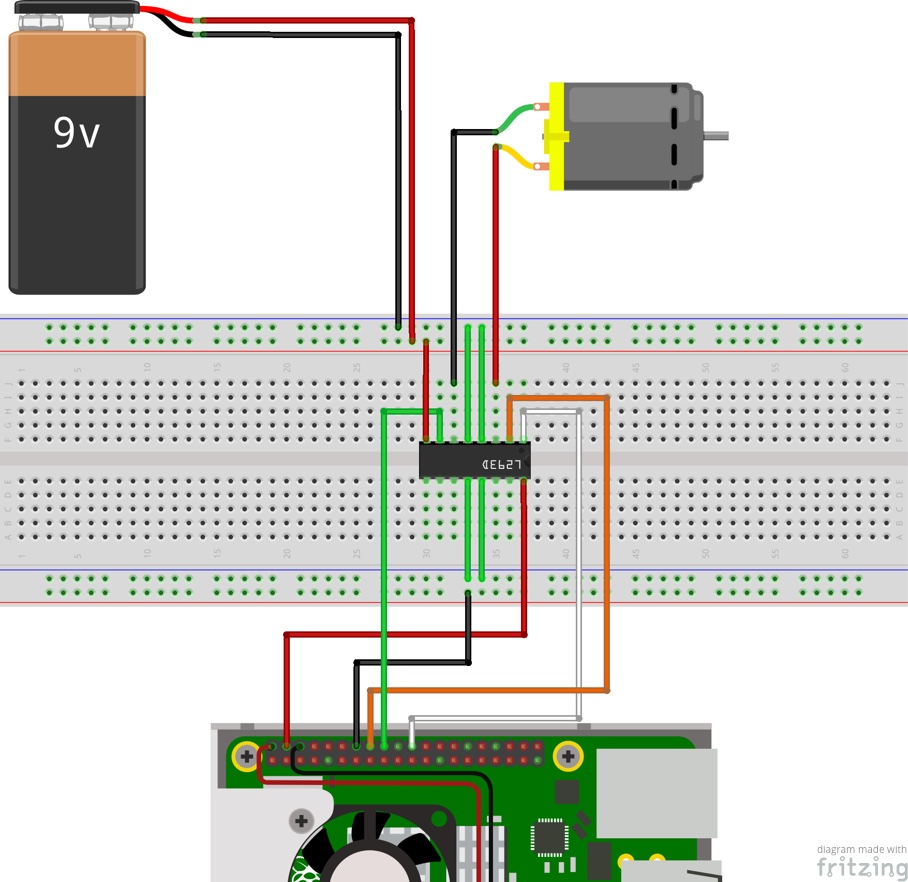 Motor to L293D connections (either way round):

Double-check the orientation of the notch on the L293D and the connections before applying power to the motor, to avoid damaging the Pi or motor driver.

The L293D inputs can be controlled using the GPIO Python library. This is included with the default desktop version of Raspbian.

Open the Geany IDE from Main Menu > Programming > Geany and copy and paste the code below into a new tab.

The program imports the GPIO and time modules and sets up the GPIO pins according to the Broadcom pin numbering scheme, not the physical header pin numbers. All the pins are set as outputs.

Functions forward() and reverse() are defined which configure one pair of motor inputs to control the direction of the motor according the table below:

Finally the GPIO pins are reset in the cleanup() function call.

To run the demonstration code, attach the battery and execute the code from the Build menu. The motor should run the test cycle then stop and the program will exit.

There are 2 pairs of motor inputs, one for each motor and an enable pin so these can be set individually to drive 2 motors independently or together.

Add a second motor by connecting the opposite bank of the L293D and 3 additional GPIO pins to drive the motor input and enable pins.

Connect the motor to a fan and add a digital thermometer that acts as an input to the Pi. Map the temperature to the PWM duty cycle to adjust the fan speed at different temperatures to create a custom fan controller.

DC motors are used in applications like robotics, electric vehicles and to drive motor gear boxes and fans, where stop / start and continuous motion is involved. They are used when continuous control of both speed and direction of rotation are required.

This project has shown how DC motors can be controlled using the Pi and a L293D motor driver IC. The L293D has built in clamping diodes to simplify and reduce the number of components in the driver circuit.

Using a single L293D it is possible to control one or two DC motors with voltage ratings of up to 36V and 600mA of continuous current per channel.

The Pi 4 can control the motor speed and direction using Python and the GPIO library built into Raspbian, to provide safe and flexible motor control for your project.

Control motors precisely with your PI using EasyDriver and Python