How To Make A PaPiRus Rating Machine 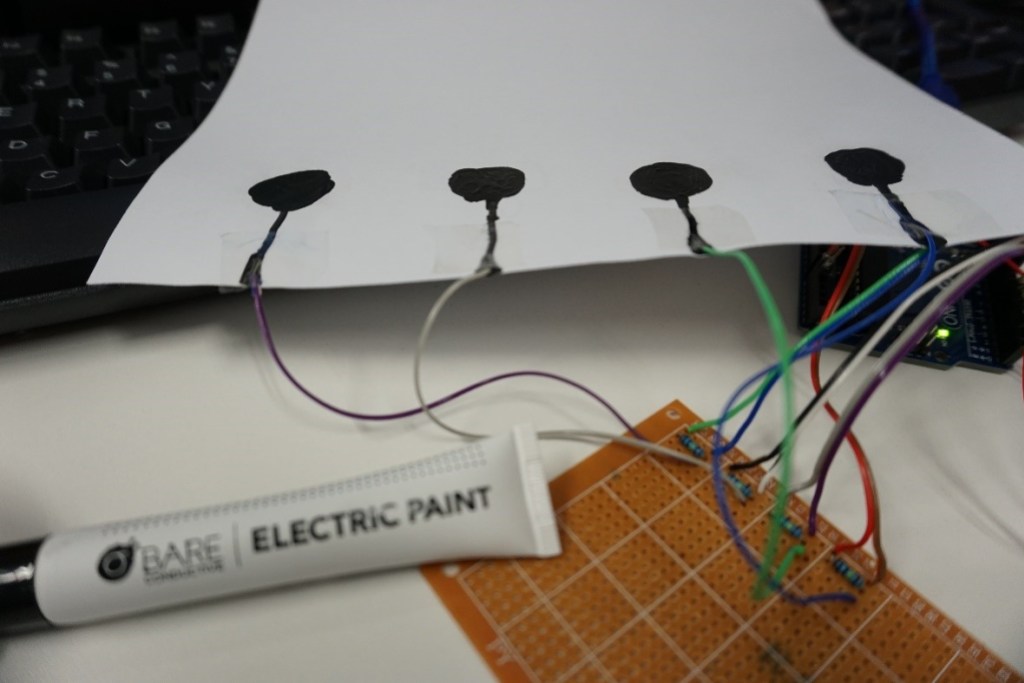 Pressing on the emoji pattern causes the corresponding emoji to be marked as pressed.

So how do we make a piece of common or garden paper sense capacitance? By this rather brilliant little trick: electric paint. Since paper is an insulator, electric paint is perfect for building a conductive circuit.

Using the paint, we drew a black circle with the wire connection on the back of the paper. Then, simply by pressing the emoji with a finger, the capacitance of the paper changed wildly.

In the pic above, the NRF24L01+ RFID module is used for the communication between Arduino and Raspberry Pi. After being pressed, the Arduino sends a signal saying which emoji was pressed to the Raspberry Pi. 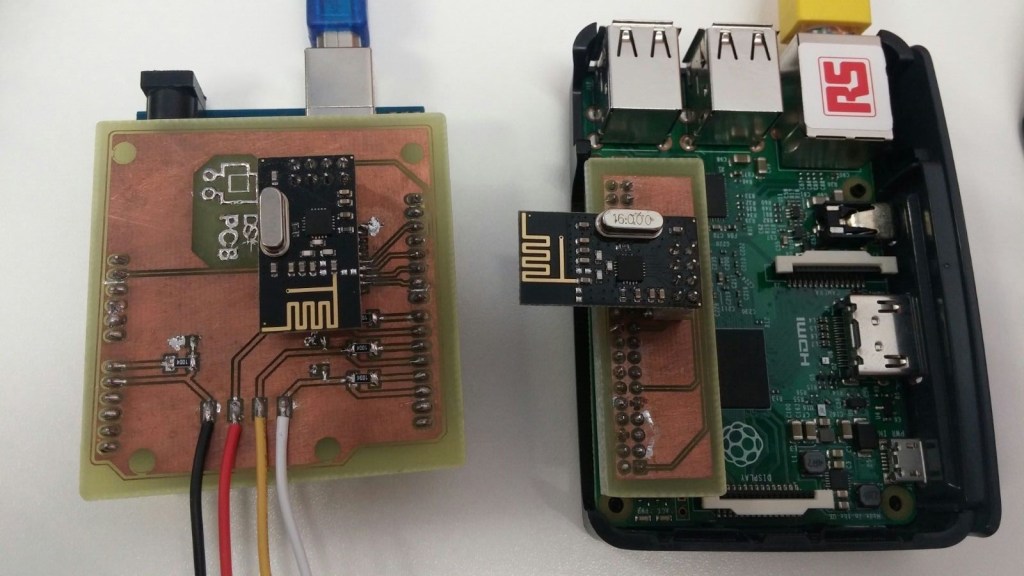 First, prepare your own paper keyboard.

Second, press on the paper emoji that you like. The result flashes up on the screen immediately. 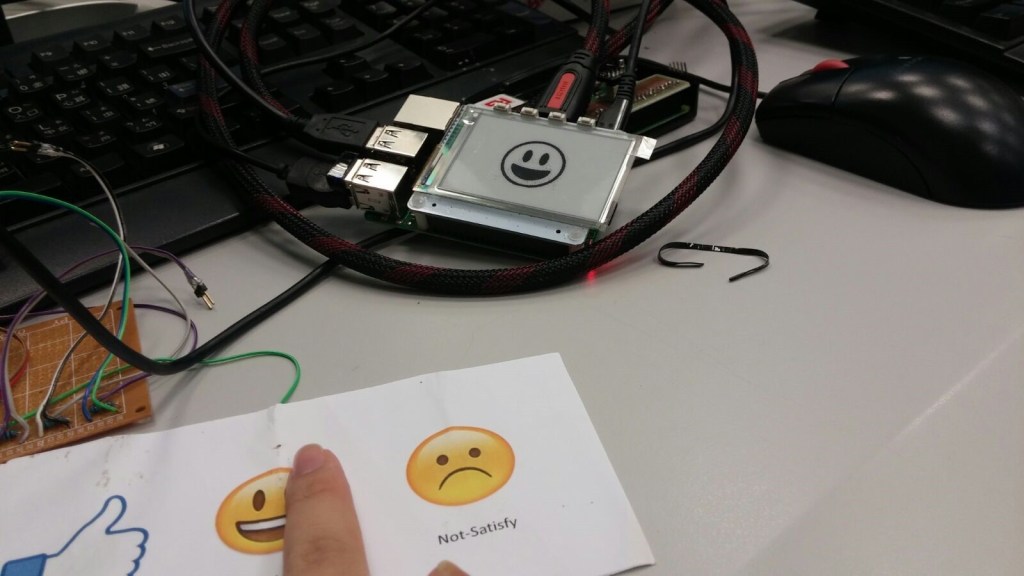 Next, wait a couple of seconds while the E-paper changes to the next page. 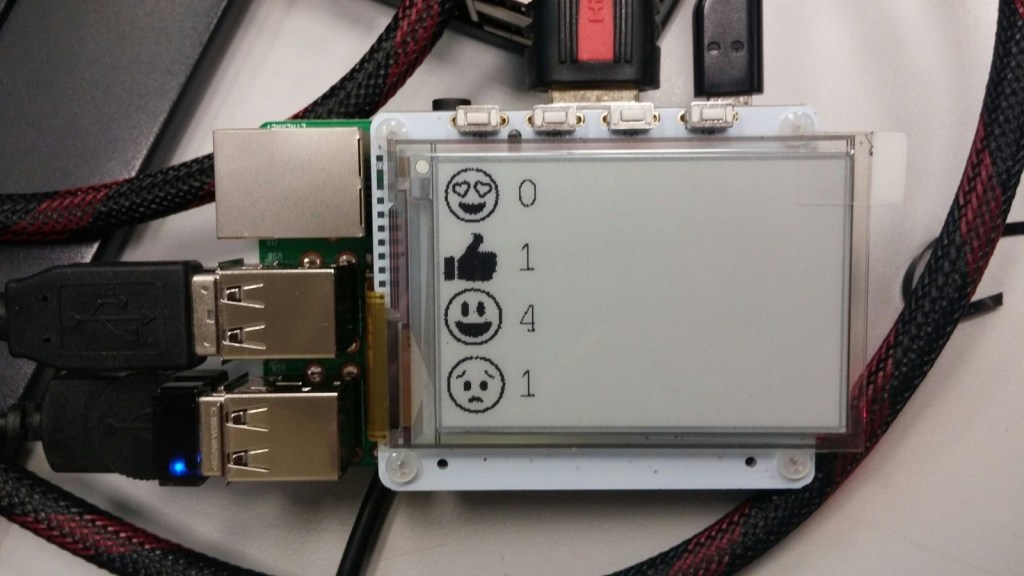 Finally, the total accumulative result appears. And if you don’t believe us, just check out this video:

You can download the source Code from Github: https://github.com/Lilian1331/PAPIRUSepaper_votingsystem.

Woo-woo. You can now create your very own Capacitance Emoji Keyboard Rating Machine. Did you find this project useful? We hope so. But to find out, we really need some sort of rating machine we guess…